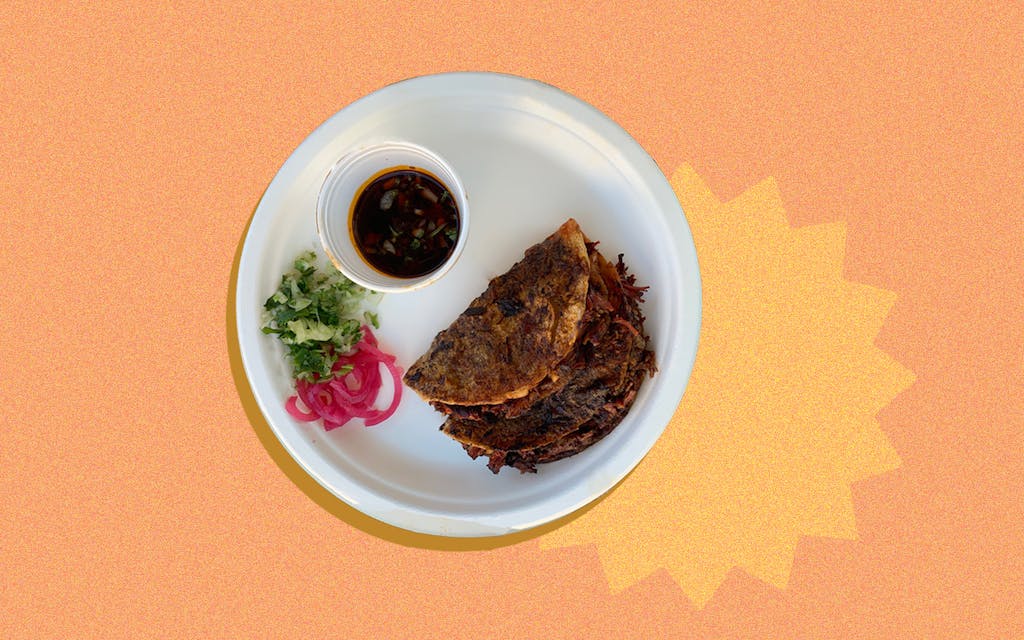 The grated mozzarella bubbles into a jagged arch atop the hot propane griddle outside the garage doors of 4J Brewing Company in Houston. When the edges of the cheese show signs of crisping, the taquero needs to flip what’s become a costra disc destined to cradle birria de res. Joseph Quellar, pitmaster-taquero of JQ’s Tex Mex BBQ, hosts these regular Saturday pop-ups at the brewery, where I tried his brand of homegrown barbecue tacos. Birria de res, a Mexican stew popularized in Tijuana and spreading like crazy in Southern California, uses beef (res) in place of goat or lamb, the meats commonly employed in birria styles from central and southern Mexico. The trend has made the leap to the Lone Star State, where lamb and…View Original Post

This site uses Akismet to reduce spam. Learn how your comment data is processed.

About
New Mexico Salsa Company is a Blog Dedicated to Salsa from all over the world, but mostly New Mexico, and Mostly Green Chile. So, we're biased! Check Out Our Shop!!!
New Mexico Chile Companies